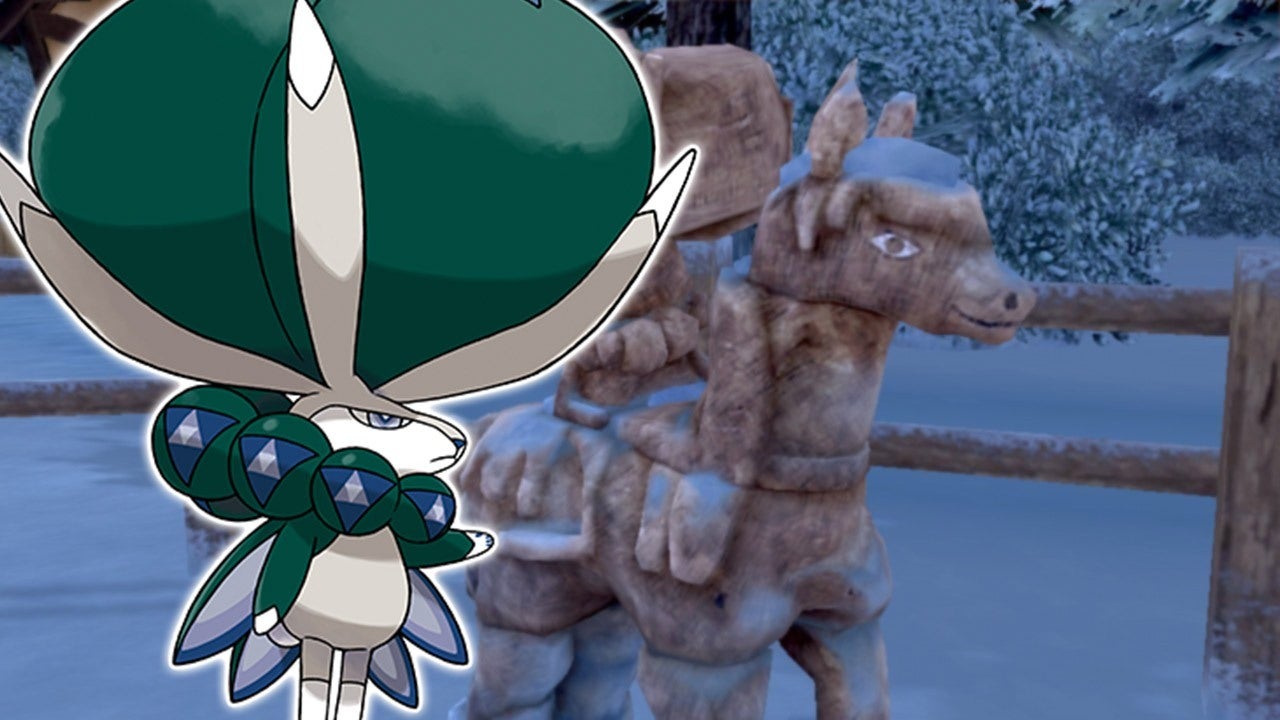 Last Modified: Oct 25, 2020 2:36 AM How to Catch Glastrier or Specter Follow the walkthrough for Legendary Clue 1 to get to the point where you need to choose where to plant your carrot seeds. Follow the instructions on How to get Calyrex, Glastrier, and Specter if you get lost. Where to Plant Carrot Seeds Choose the plot of land to plant carrot seeds to determine which ones will appear. Glastrier is a Legendary Ice-type Pokémon and Specter is a Legendary Phantom-Type Pokémon. To Summon Glastrier If you plant your Carrot Seeds in the frozen ground of Snowside Slope, you’ll end up with an Iceroot Carrot – which will summon Glastrier. You will see the frozen ground near some ruins. If you plant your Carrot Seeds in the haunted ground of the Old Graveyard, you’ll end up with a Shaderoot Carrot – which will summon Spectrier. The Old Graveyard is located east of Giant’s Bed. The Haunted Ground you are looking for is contained within a small set of ruins. Which one should you choose – Glastrier vs SpecterGlastrier and Specter are two new Legendary Pokémon available in the Pokemon Sword and Shield’s Crown Tundra DLC. Only one can be obtained during your game, so choose wisely! Glastrier is an Ice-type Pokémon with high attack and defense at the expense of speed. Specter is a Ghost-type Pokémon with high special attack and speed, but low defense. Glastrier is required for Calyrex to enter his Ice Rider form, which grants him the Ice / Psychic typing and the Glacial Lance physical attack. This exclusive attack deals 130 base damage, 100 precision points and 5 PP. Specter is required for Calyrex to enter his Shadow Rider form, which grants him the Ghost / Psychic typing and the Astral Barrage special attack. This exclusive attack deals 120 base damage, 100 precision points, and 5 PP. The base stats for each Pokémon are as follows: Iceroot Carrot – Glastrier Shaderoot Carrot – Spectrier HP 100 100 Attack 145 65 Defense 130 60 Special Attack 65 145 Special Defense 110 80 Speed ​​30 130 Note: The stats above represent the base stats of the individual Glastrier and Spectrier not when they combine with Calyrex. So what is the best option? Well, it depends on your squad makeup or your specific playstyle. Specter is a very fast Ghost-type Pokémon and benefits from its STAB Shadow Ball and Hex moves. However, these are the only two special attacks he learns without the use of TM / TR, which limits his effectiveness. Specter has a better typing, however, as Ghost-type Pokémon are only weak to Ghost and Dark, resistant to poison and bugs, and immune to combat and normal-type Pokémon. Glastrier is a powerful attacker with solid offense, defense, and special defense. However, his low speed almost always makes him a follow-up attacker. His move set is more favorable as he learns many other physical attacks that can take advantage of his stats. Glastrier’s pure Ice typing, however, makes it very unfavorable. Ice has four weaknesses: combat, rock, steel, and fire; no immunity, and only resistant to other Ice-type Pokémon. Overall, Spectrier is the better option of the two – as long as you have other special moves you can teach him to take advantage of his special attack and speed in combat. Find out how to get Calyrex, Glastrier, and Specter.